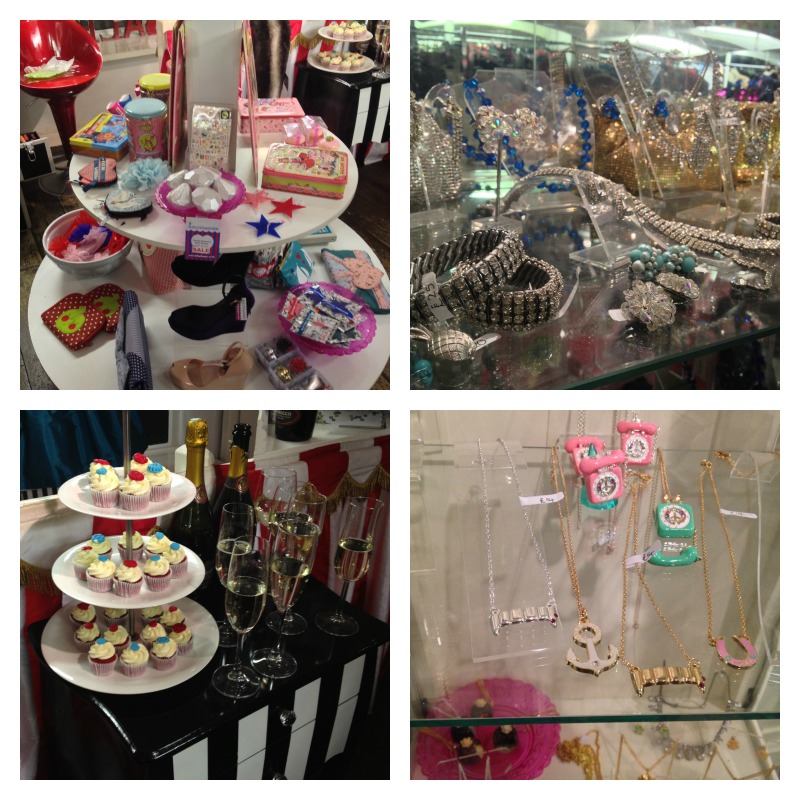 For those of you who haven’t heard of Dollydagger, it is a British label that was founded by Emma Ayres in 2005. The brand pioneered the vintage revival in the UK, creating beautiful quality vintage style dresses.
After several years of online success, Dollydagger opened it’s first store in the Brighton Lanes in 2010 and has continued to amass loyal fans from around the globe.

Living in Brighton, Dollydagger has been on my radar for a few years, I’ve been in the shop a few times, but never really tried anything on because I was scared nothing would suit me. One of my dearest friends has been raving about Dollydagger for a while now and I had considered buying her a Dollydagger VIP Experience for her birthday as a treat. After attending the event I know that this is going to be a perfect present.

We were greeted with Presecco and scrumptious mini cupcakes. The moment I arrived the shop manager, Simon, and Dollydagger owner Emma, made me feel really comfortable and helped me pick out some pieces to try on. I have to admit that I was very nervous about trying on the clothes, but after trying on the Dita dress and skirt, I now know I need both in every colour!

The experience also included having vintage inspired make up done by a professional make up artist. Feeling brave I decided to try a bright red lip and eventually went for MACs Russian Red. I’m not really a lipstick person, but in the last few months I have been experimenting with neutral shade. I had nothing to worry about though as I loved the way the red lip looked on me.

As well as hosting a wonderful night the Dollydagger team also got us a goody bag which is included the VIP Experience!

The lovely people at Dollydagger have also given me a 10% off code for all my readers (valid intil 28/02/2013). Just enter ‘WELOVELILLA’ at the checkout!