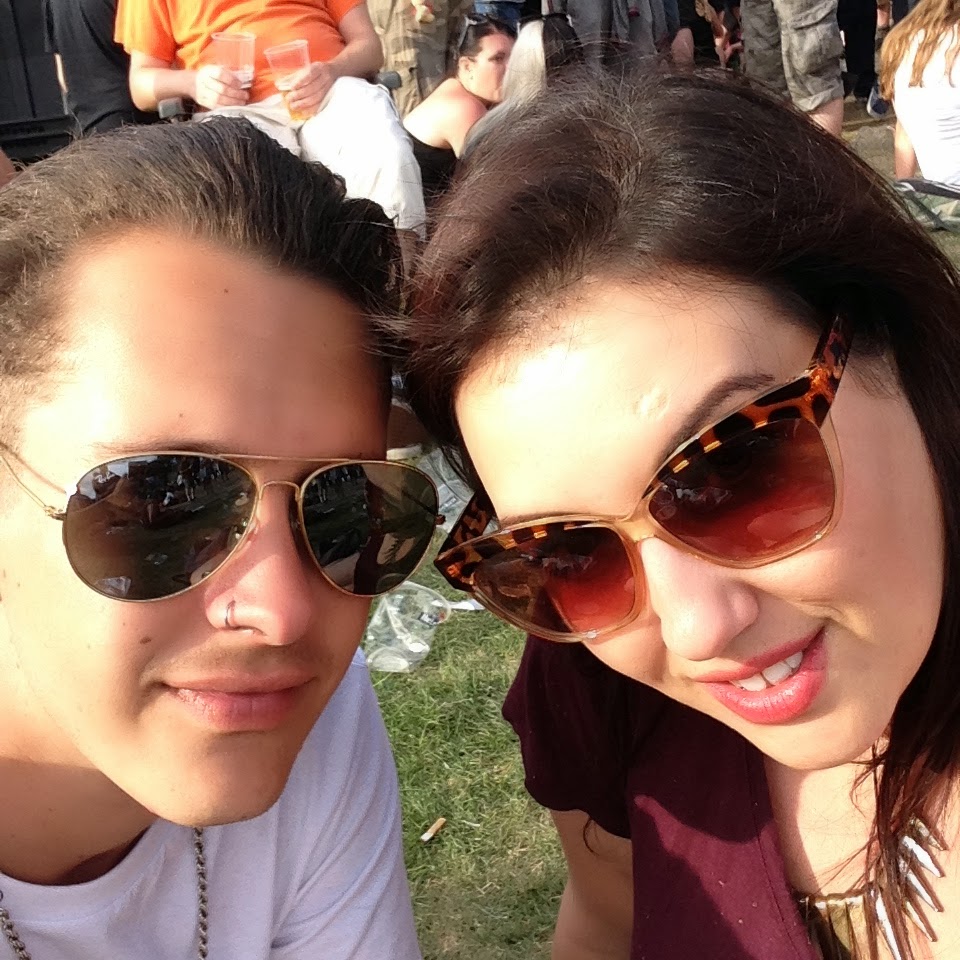 Hubs, his friends and I met in a dirty metal/punk/rock club in Brighton that long since died. One of the things that pushed us from being random drunk people who started talking on a night out, to becoming friends, was a mutual love of alcohol, partying and our love of the genre.

While these ‘alternative’ forms of music often get glossed over as metal or rock, there is a massive range of music that falls under that bracket. While we both like ‘Rock’, per say, we both have very different tastes. Hubs likes music ranging from scandi-metal, classic rock and love metal, where as I like ska/punk and grunge. This means we sometimes have mixed views on each others favourite bands, and often don’t go to gigs together.

When Hubs heard that Black Sabbath (one of his favourite bands) were going to be playing at Hyde Park he said he had to go. When I found out that Faith No More were also playing I was sold.

Faith No More were basically the soundtrack to my college and uni life.The final main stage line up was Black Sabbath, Soundgarden, Faith No More, Motorhead and Soulfly.

We headed up to London and after popping to Soho to have lunch at Diner, we walked to Hyde park. It was 4th July and the weather in London was sweltering, at points it was uncomfortably hot. Unfortunately we missed Soulfly and most of Motorhead, but we were ready and waiting for when Faith No More hit the stage.

I have been lucky enough to see Faith no More once before, at Download Festival several years ago and I can honestly say the thought of it still gives me shivers. That time they came on at twilight and that really added to the atmosphere and performance. I was almost afraid that this time would not live up to my expectations.

Thankfully I was wrong. Faith No More have been back in the studio and touring a lot since Download. This is really obvious, at Download I felt honoured to be seeing one of the most influential bands of my life, they could have forgotten the words and I would have been happy. But this time, there was a lot more energy, they sounded a lot tighter and it was great to hear some their new stuff.

Soundgarden followed Faith No more and while we did watch most of it, we took the time to wonder around Hyde Park and get something to drink. I have to admit the whole park was set up much better than I had expected. The main area was lined with bars disguised by various wooden buildings. Instead of the usually burger vans, there was a range of great food, from chicken wings, to yummy looking pies. They even had a champagne bar and a temporary old pub!

By the time Sabbath came on the sun had started to go down, it wasn’t long until the rain started to pour down, almost as if they had planned it to build atmosphere. When Ozzy walked out he was surprisingly coherent, I guess in my mind he was still the mumbling oldie from The Osbournes.

Seeing Black Sabbath was never something of high priority to me, but I actually quite enjoyed it and am glad that I have seen them.

Who would be at your dream gig?