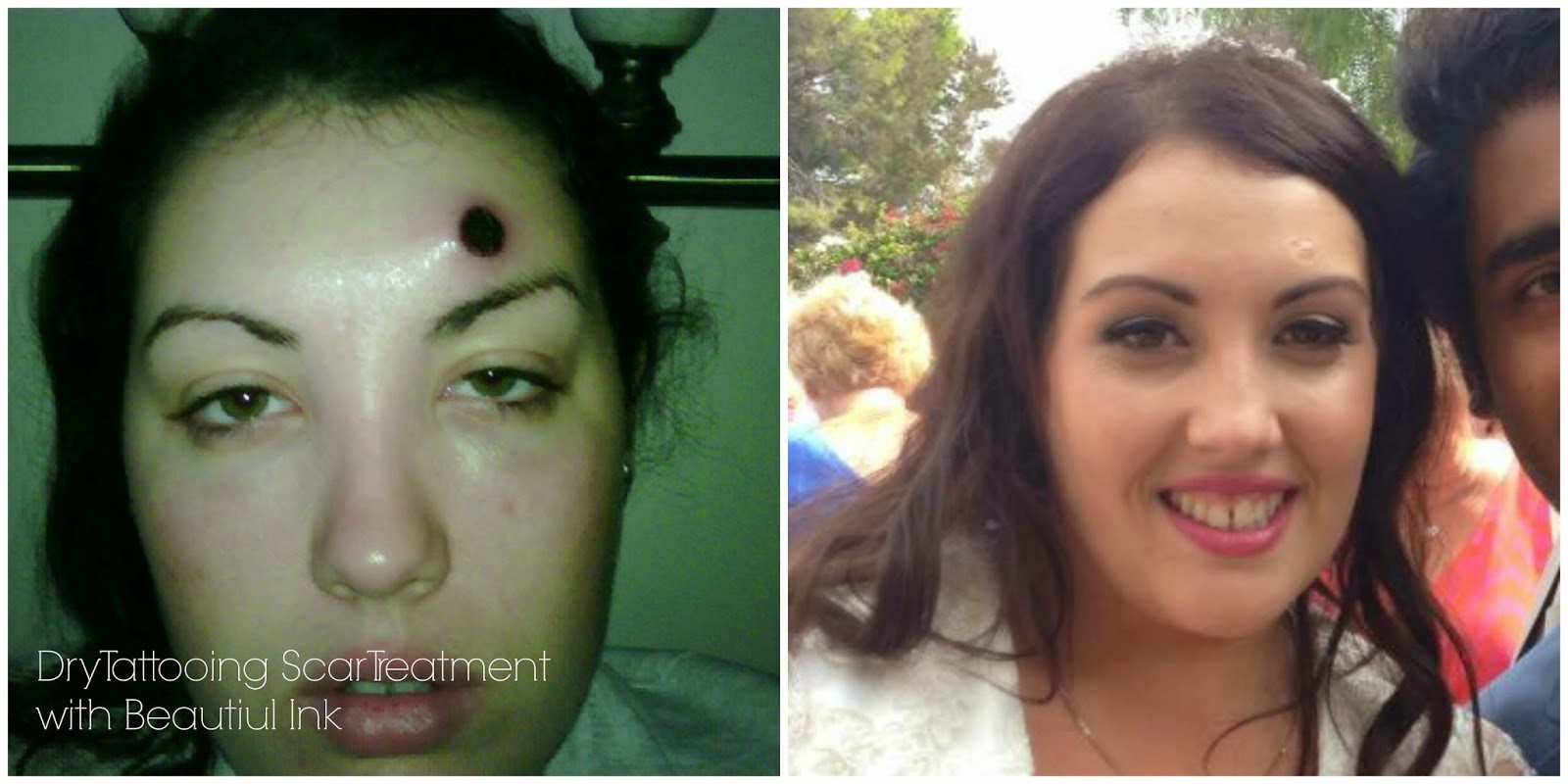 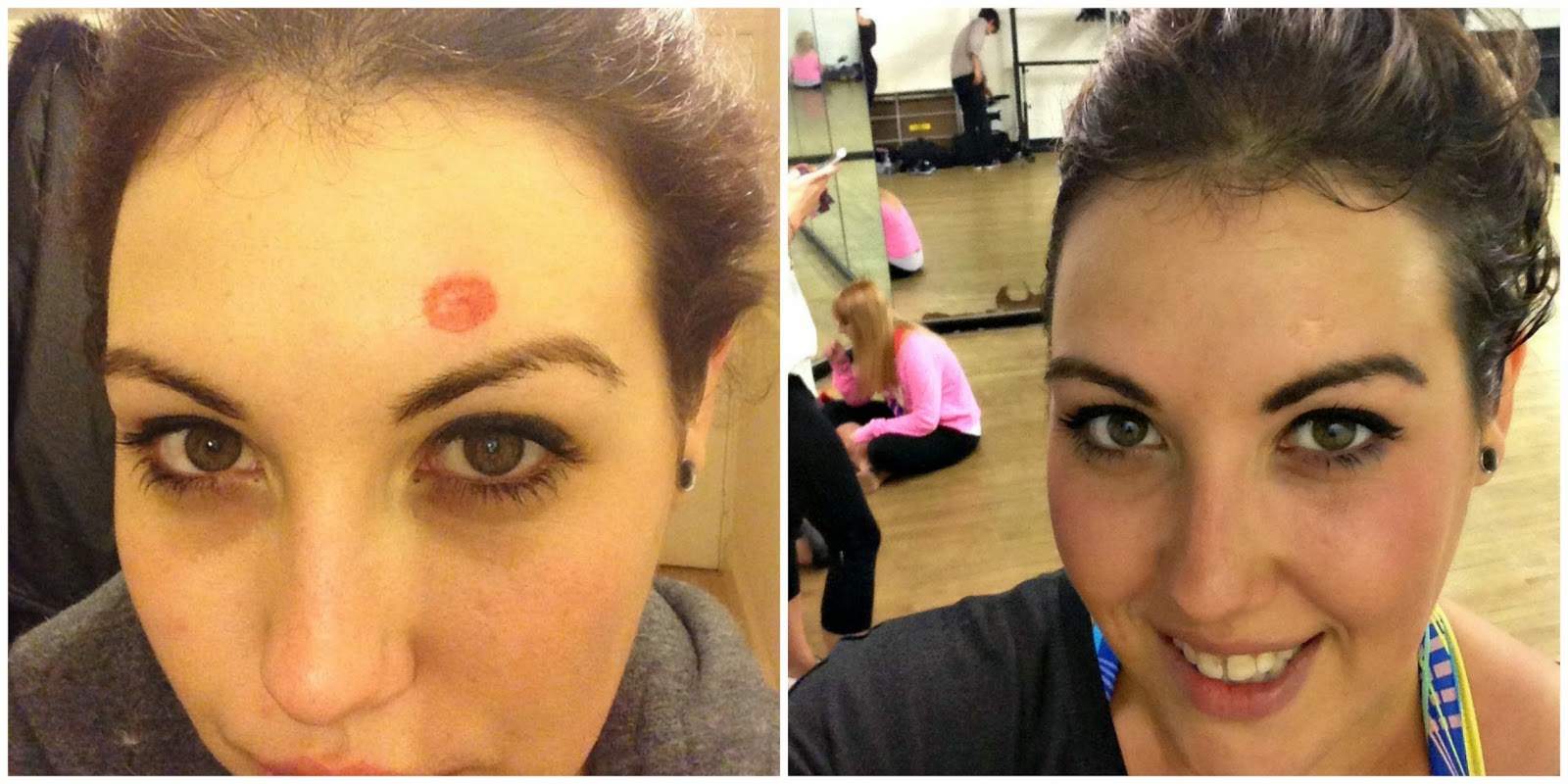 This is, I guess, quite a personal post. In 2009 I was in a really odd place, at my lowest and going through a very odd period. I was trying to get myself into a better place by leaving my career in retail and retraining to do what I do now. It was exactly what I needed and helped me get back to being who I am. But it was also extremely stressful as we went down to one income and for the first time I was suffering from extremely low self esteem. This made the transition harder as I didn’t feel that I could ever get my life where I wanted it to go.

Stress manifests itself in different ways, and it appears that in my case it came out in what I guess was a cyst or boil on my forehead. It started of as a persistent spot, which shamefully I picked at, from here it never healed and became what you can see in the first picture.

One night at my temp job, I came over all faint and dizzy and eventually my dad came and got me and took me to hospital. I had already gone to the doctor and was on antibiotics to help, but as I am allergic to Penicillin the antibiotics wasn’t strong enough. After seeing the GP in A&E she advised I wait to go on a drip and see a DR. By the time I saw someone I was feeling much better, but they decided to treat it by attempting to drain it. The first picture is the morning after the draining.

The massive scab (which was referred to as the bullet wound) took months to heal/fall off and I was left with a scar. I was hunting for a decent before picture and I realised this is one of the only ones where you can actually see it as I got so used to covering it and hiding it.

Once when I went to go see my GP, the new Doctor in the surgery, did offer (unprompt) to refer me to have plastic surgery on my scar, but to me this seemed a bit excessive and counter-intuative. I was worried I would just end up with a worse scar.

Just before my wedding I was approached by the wonderful Lisa at Beautiful Ink to give her some social media advice. Once we met she asked about my scar and mentioned she was about to do some training to become qualified in Dry Tattooing. Dry Tattooing is when someone goes over a scar with a tattoo gun (no ink) and makes it bleed, this encourages blood to go to the scar tissue and helps heal the original wound.

Not long after my wedding Lisa got in touch and asked if I would like treatment as she was now qualified and was looking for case studies. I was sceptical about the whole concept, but thought it couldn’t do any more damage.

In total I had three treatments roughly 3 months between each. Immediately after each the scar looked awful and bright red (image 3). But slowly the scar healed more and more. Even months after the scabbing had gone the skin was rejuvenating and healing.

The process itself was a little uncomfortable, Lisa would apply a cream anesthetic to numb the area, and reapply once the top layers of skin were broken through and the scrathicing became noticeable. If you have ever had permanent make up, it’s that same feeling.

I hope you can see the difference between the before and after pictures, it is really hard to get the lighting right. Overall, the scar surface area has got a lot small, is much more shallow and is softer to touch.

While it is unlikely that the scar will ever fully heal I am tempted to have another treatment to see how much more it will. I am really happy with the results and really can’t thank Lisa enough. I was inititally going to write this post back in July but had trouble getting a good enough after photo – I’m glad I waited as I am sure that my scar has continued to heal further.

Have you got a scar that you would like to have treatment on or had any type of corrective procedure, I’d love to hear from you.