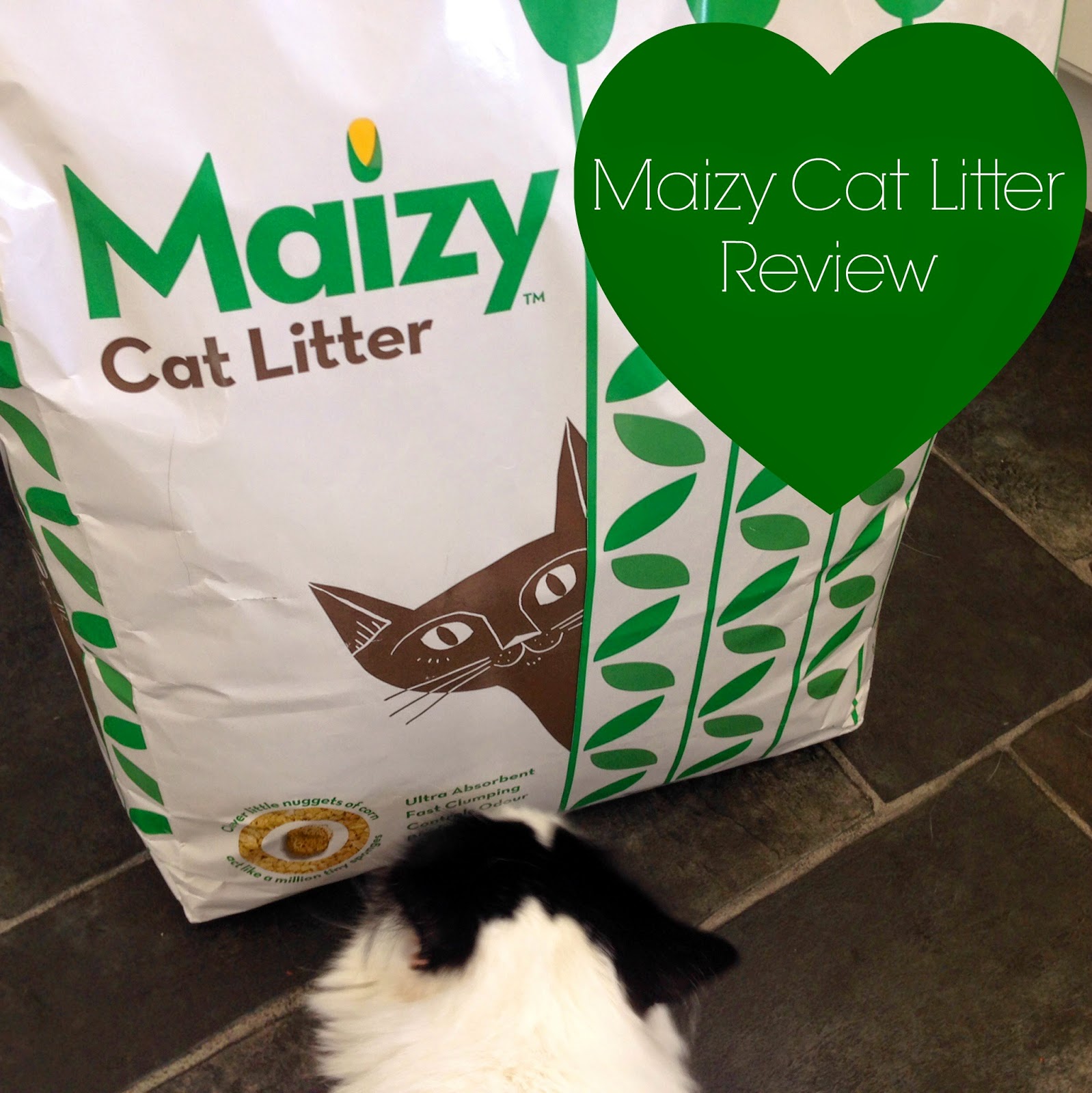 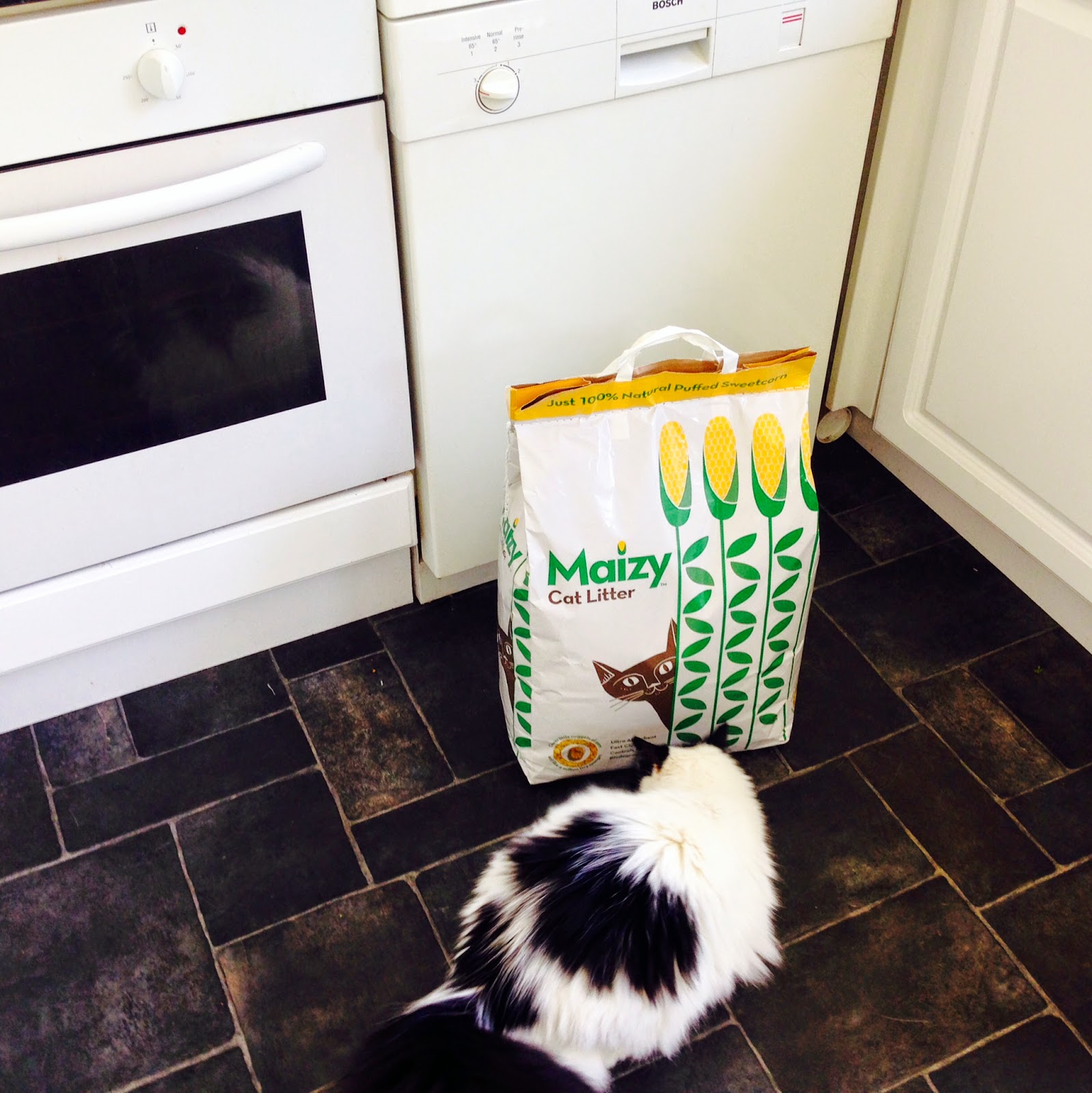 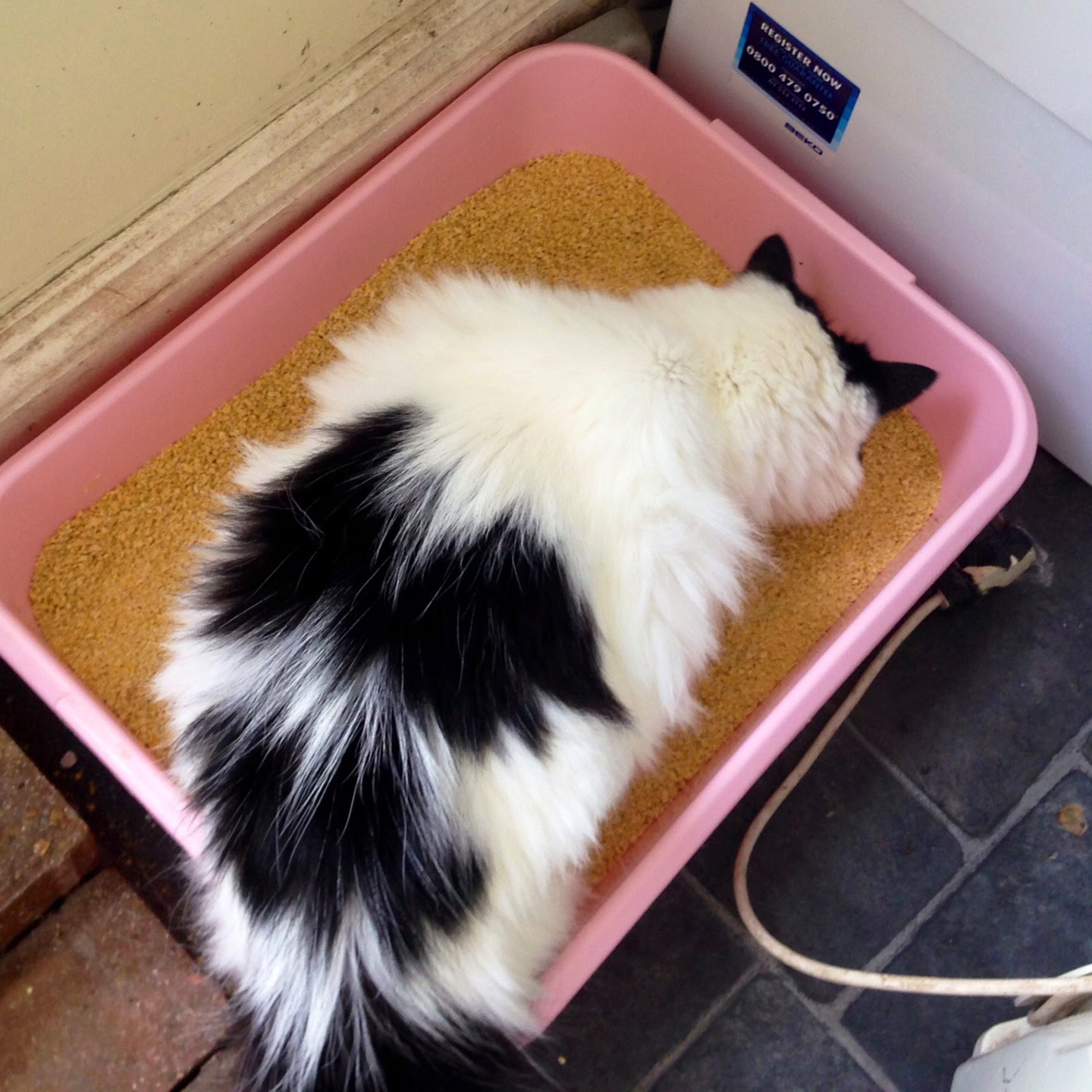 It’s no secret that I love my cats, and I’m a husband away from being a crazy cat lady. As any cat owner knows, as much as you love your feline companions, they can be a bit naughty / annoying/stubborn sometimes.

I was asked to review some Maizy Cat Litter*, as the name suggests it is made of 100% puffed corn kernels
making it completely natural. On top of that it is compost-able,
flushable and biodegradable. It is also unltra absorbent,omits minimal
odour and free from additives or perfumes.

Before I talk about the product I feel I need to add some context. Sega, our first kitty, was bought by me from a colleague at a temp job 5ish years ago. When I got her we were told she was nine weeks old. We heavily suspect that that is not true. She has shown several signs that she was taken away from her mother too early. When we first got her she repeatedly attempted to suckle on Joes nipples, since then she has demonstrated that she was never taught to sharpen her claws and has toilet issues.

When I say she has toilet issues oddly, when she does to the loo outiside she digs a hole like a normal cat, Instead of doing her buisness in said hole, she rest her paws in it goes to the loo and covers the hole. She’s kinda missed the point.

She also wees on the floor almost daily and flat out refuses to use the litter tray. Usually it occurs at night when we close the flap, but she also does it if it is raining because she doesn’t want to go outside. We have a litter tray, Tobias only uses it if he is ill, otherwise, like most normal cats he goes outside. The tray is emptied regularly despite no one using it, we have tried all types of kitty litter/newspapers, got new trays, moved it about the flat and nothing ever made a difference.

So imagine the epic surprise I had when the Maizy Cat Litter arrived and Sega (who is usually scared of things like opening packets) gets all inquisitive about the bag. She usually only gets like this when I am cooking! Then again she loves popcorn, goes crazy for it so maybe it was the smell that attracted her.

But then when I changed the litter over in the tray she immediately walked over to it got in and went to the loo! Queue the Hallelujah Chorus. She has been using it sporadically in the last month and so far I have noticed no unpleasant urine smells.

Oddly *touches wood* in the three weeks since we got back from the cattery she hasn’t had an accident once!