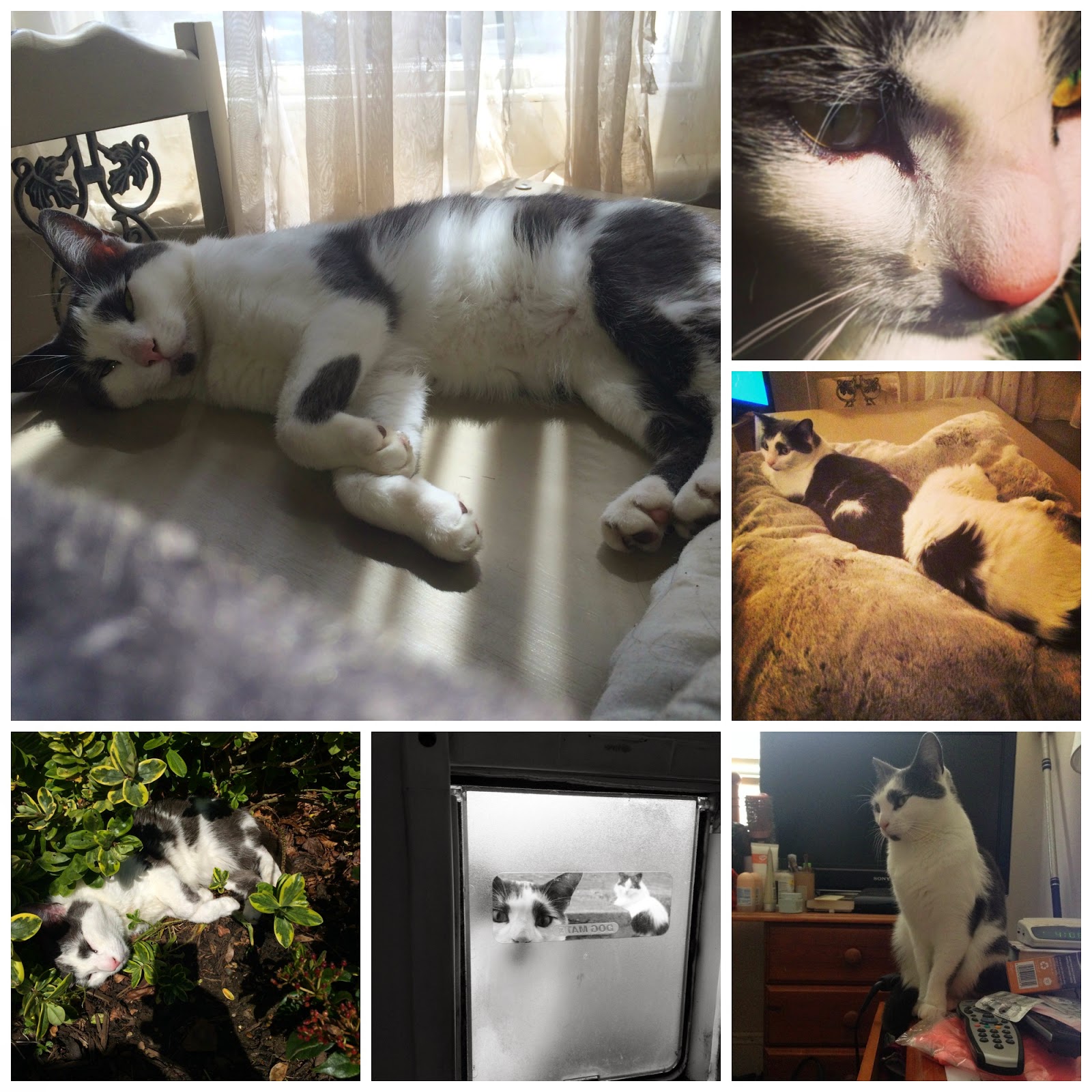 If you follow me on Twitter or Instagram you might have seen that last week my lovely kitty boy, Tobias passed away after being hit by a van. Joe and I are gutted, it’s hard to explain the pain of losing a pet. You never realise how empty your home feels once they are gone or how big of a hole they leave in your life. It’s hard because you realise that although you don’t communicate verbally with them like you do a person, you still have a very intimate relationship – how often do you stroke your friends, allow them to jump into bed with you or keep you company while you are in the bath?

Our other cat, Sega also appears to be grieving. I know it’s hard to tell and people often project ‘human’ emotions onto cats, but she has started looking for him in the cubby hole on the cat trees, having never shown an interest in them before. She has also become more needy and has started making an odd miaow after she eats.

A year after getting Sega, I was desperate for another cat. I felt she needed a companion and I needed another injection of adorably cute kitten. My friend Erin had decided she wanted a kitten. She had found a litter on a farm miles away and needed someone to drive her and had asked me. I, of course was happy to offer my services and conveniently took the cash for a kitten of my own “just in case”.

After a disastrous trip (getting lost, car electric window breaking whilst open and finally my window wipers breaking in torrential rain) we got to the farm and looked at the two litters of kittens they had. I immediately picked up Tobias and after making sure he was a boy (to ease tension with Sega) we drove home with two adorable fur babies.

Joe and I were living together at this point but were temporarily broken up, I text him to inform him that I had just got a new kitten called Milo. He responded telling me that his name was Tobias and so started our life with Tobias.

There are so many great memories, Tobias used to like to sit on the kitchen windowsill so he could monitor his territory and watch me cook. If I was cutting a particularly strong onion his eyes would start to water, but he would stay and continue to watch and sniff my cooking. Or if he could smell me cooking or preparing meat he would start rolling around by my feet purring so loud. He always knew if it was Joe or I coming into the building and would be there to greet us by the front door with his little chirpy miaow. He had the loudest purr in the world, and would firmly nudge you when he wanted a stroke or cuddle.

He was only with us for four years, but we gave him the best life we could. We loved so much, him and Sega had a great relationship chasing each other one minute and snuggle together the next. He was keen hunter and in recent months, had managed to catch a Squirrel that he had been chasing around the garden for years.

Things will be hard for a while, I keep getting out two bowls in the morning to feed Sega and we keep waiting for him to come through the flap and great us with his chirp.

Have you ever lost a pet?