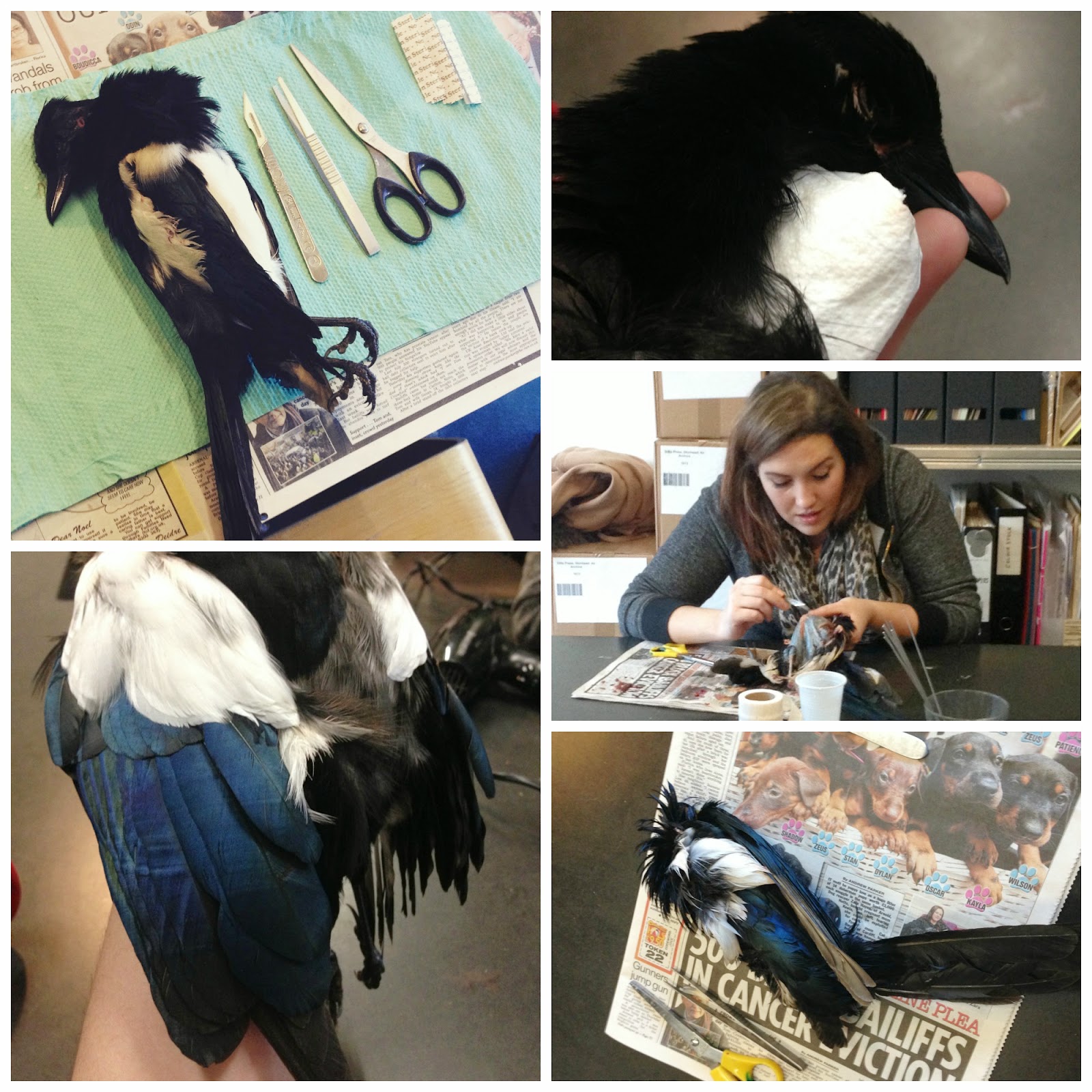 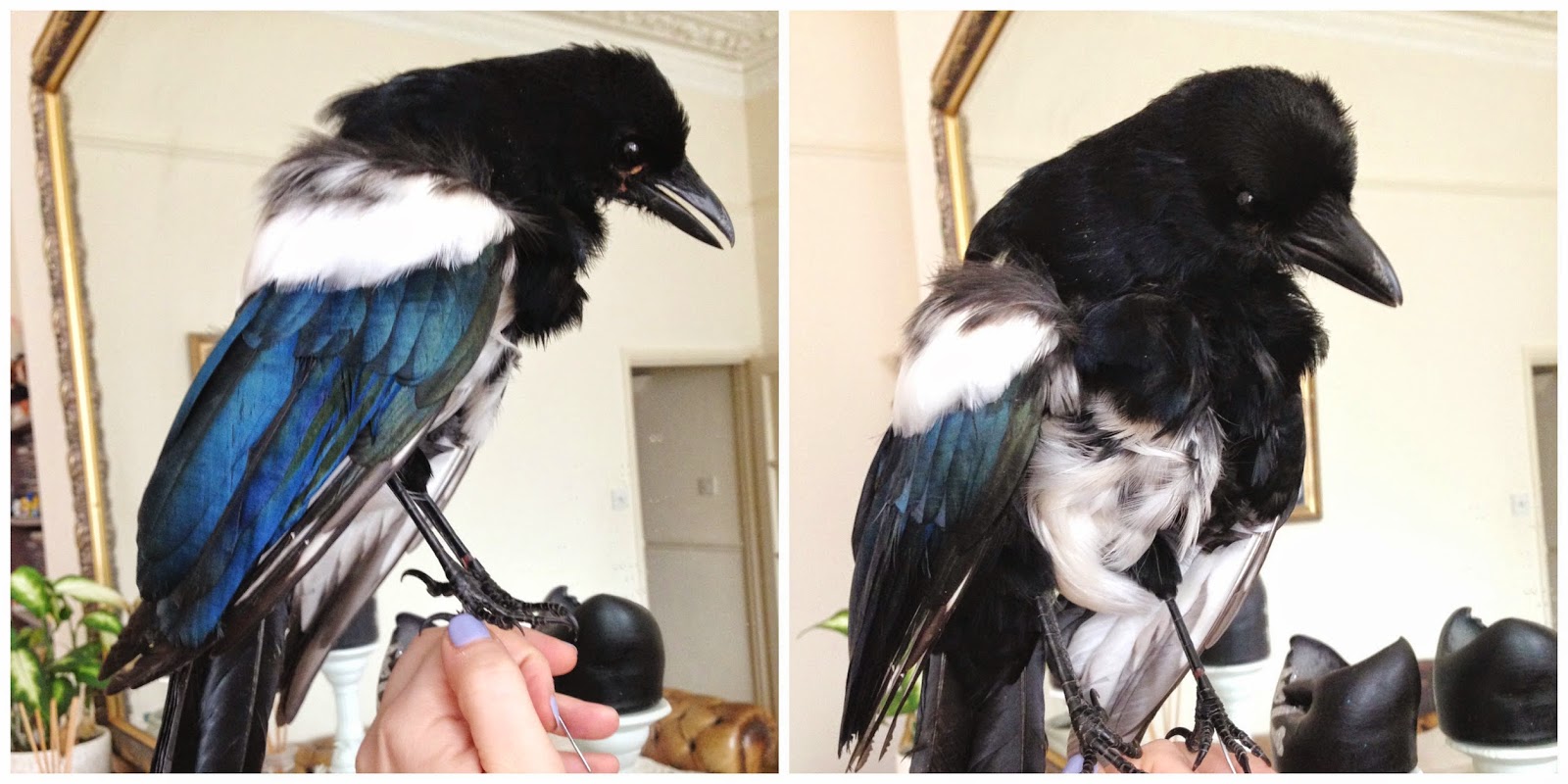 Before I start, I am perfectly aware that I am opening myself up to all sorts of abuse, Taxidermy is a very controversial subject. It is also one that I have struggled with myself as previously mentioned in an old Taxidermy Post.

For the last 3/4 years I have really started having an interest in Taxidermy, animal bones and antlers. This is a massive conflict with the fact that I love animals and am highly against hunting animals for pleasure. Which means it is very difficult to comprehend certain types of Taxidermy. For example when I watch programmes about animal poaching I get really upset and feel sick. That is the side of Taxidermy that I don’t enjoy – animal trophies.

A school friend of mines, sister inadvertently got involved with Taxidermy whilst at university, we discussed it and I realised that I didn’t need to feel so conflicted. She only deals with animals that she finds, like road kill (although you have to make sure they are dead and not just in shock) or those killed as a by-product of agriculture – like animals killed as pests. Joe also managed to find a great company that only sold ethically sourced items.

Despite this I never thought I’d ever end up doing taxidermy myself. My other friend from school bought me a day Taxidermy course with our friends sister (Rose) for Christmas and I have to be honest I was thrilled. Then I got home and told Joe, who laughed and asked me how I was going to skin a bird when I couldn’t even handle the ‘gifts’ or cat used to leave us. Fair point, but I pushed it to the back of my mind.

On the day I arrived at Ditto Press in Haggerston ( a bit late) to find Rose, her assistant Sarah and three other people taking the course. The tools and a magpie each ready for use to get going. This is when I actually comprehended that I was going to be touching a dead bird. The other people attending the course, seemed not to have an issue with it – one had previously done taxidermy and the other two were trained doctors, who I guess were used to slicing people open anyway.

The Magpies were sourced by Rose, who got them from a pest control man. They were shot, but not killed specifically for us to reanimate. Rather for the reason that they can poke out lambs eyes so farmers often take action.

Everyone picked up their bird ready to start and I thought well you just have to now. I was surprised how quickly I adapted to handling the carcass. My squeamishness quickly vanished and after the initial incision I quickly realised, what I was doing was a more delicate version of what I do in the kitchen when I am preparing chicken! As a whole the experience was far from traumatic like I thought it would be and it quite quickly became oddly therapeutic. There were no entrails and personally the hardest thing for me to do (in ‘squirm terms’) was pop out the eyeballs – Rose had to do the second one for me!

I’m not going to go into detail about the process, I will however say that it was a lot more pleasant than I thought, and in some ways a lot easier – I am not the most artistic, or crafty person in the world, but when I look at my magpie – named Maurice – I am proud – he does not look like one of those pictures from Crap Taxidermy.

Rose was a great teacher, very patient and articulate, and Sarah was also a great help.