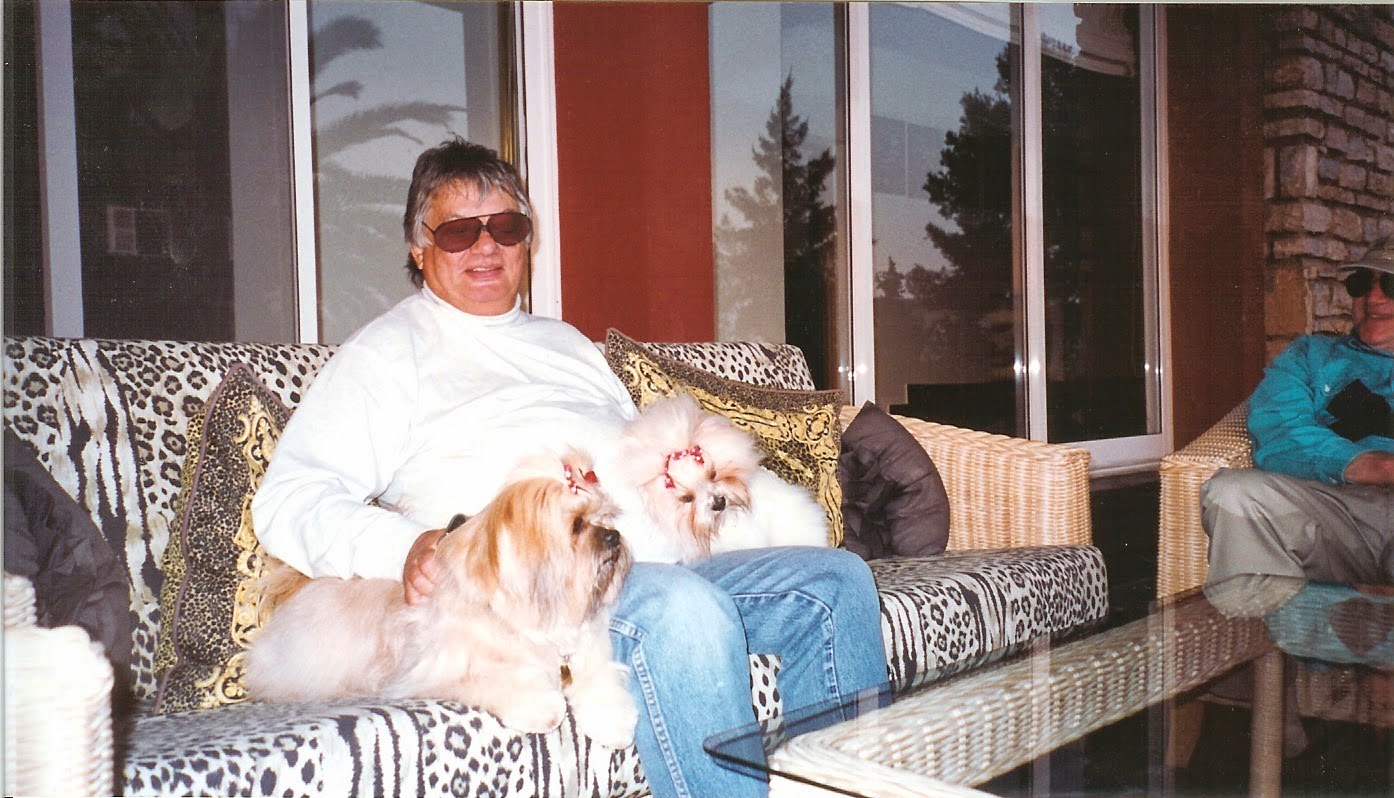 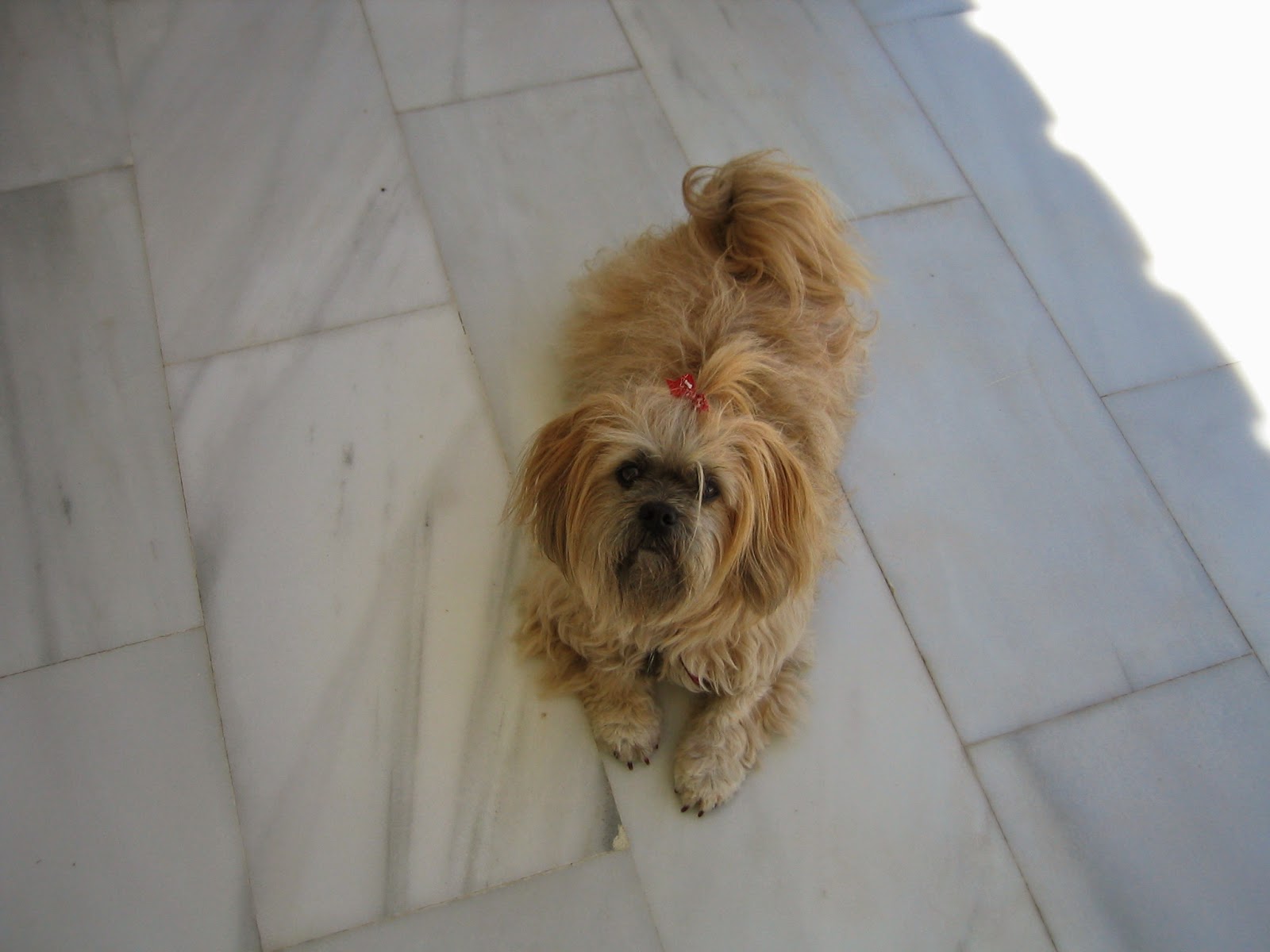 My grandad always had dogs. The majority of his life he had retrievers and other types of gun dogs. But his final dogs were Lhasa Apsos, a breed clearly chosen by his third wife and her teenage daughter. A few years after they bought Moona (pictured) they moved from the USA to Spain.

Moona was well trained and could perform all sorts of trick – she even starred in Annie for a school play. After a year or so my grandad’s third wife and her daughter moved back to the states, leaving him and Moona behind. She quickly became his main companion – and what a team they were. Imagine a groomed Lhasa Apso with bows in her hair (and the occasional bit of nail varnish) and an old, sometimes grumpy Italian man having coffee and croissants in a cafe (one of their favorite past times).

I can’t really describe the bond they had, this blog post simply will never be long enough and their dedication to each other could never be fully described in words. They simply loved each other.

A true depiction of love from Moona would be when she saved his life.My grandad had his second wife staying with him. She had terminal cancer and was in a wheelchair, but still alert and generally well.

For whatever reason my grandad had gone upstairs, unfortunately, while up there he had a heart attack and collapsed. Obviously, wheelchair bound, his ex would never have been able to get upstairs to help him, or even discover him.

Luckily, (as alway) Moona had followed him up, she’d get anxious if she wasn’t by his side. My grandad was never clear exactly what happened or how long he was unconscious, but when he came round Moona was jumping on his chest and licking his face to revive him. My grandad managed to then pull himself to the stairs and alert his ex-wife who called an ambulance.

After this Moona because his golden girl, more so than ever before. He would only go to cafes or restaurants that allowed her to come with him. She slept in his bed with him and he would buy her quality king prawns from the port as a treat for her. Not to mention that she often got her own bowl of ice cream at dinner.

Sadly, my grandad passed away in 2006. Moona was by his side. When we went to Spain to make arrangements, it was obvious she was lost without him. My mum and dad had to sleep in his room and when my mum tried to sit on the bed Moona growled at her possessively. But most touching and perhaps an example of how deeply dogs love their owners. When my mum laid out my grandads final outfit, Moona immediately went to the clothes and just laid on them, she wouldn’t move, not even for food. You could see the heartbreak in her eyes and every so often she’d let out a longing sigh. After my grandad died Moona (and the other Lhasa, Daisy) came and lived with us until she passed away in 2009.

Anyone who has had a close bond to their pet will understand how important having pet insurance is. I never envy those people who leave it to chance and then have to decide between finding the money to save their furbaby or putting them to sleep.

Have you got a great pet story to share? I’d love to hear it!