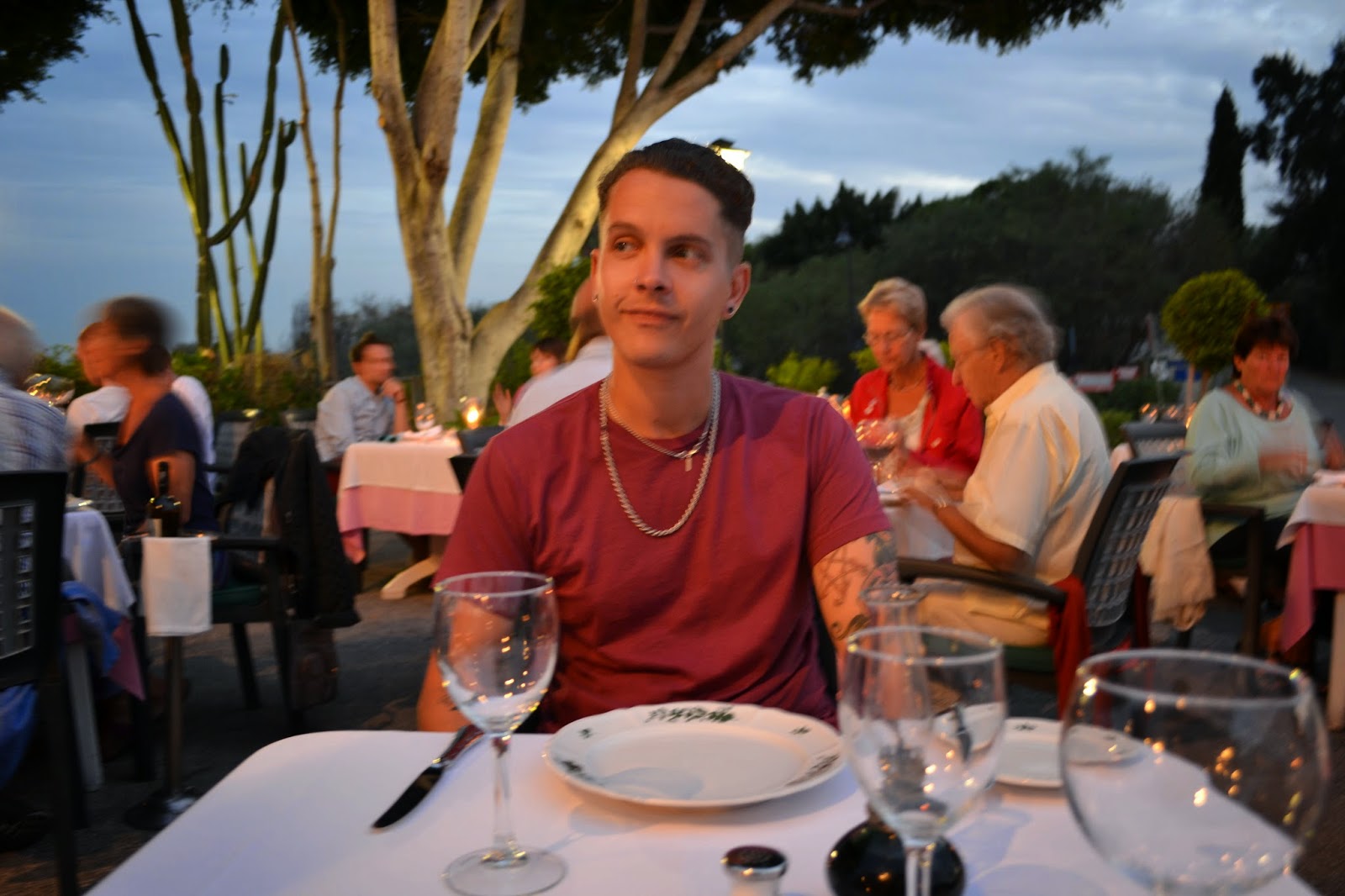 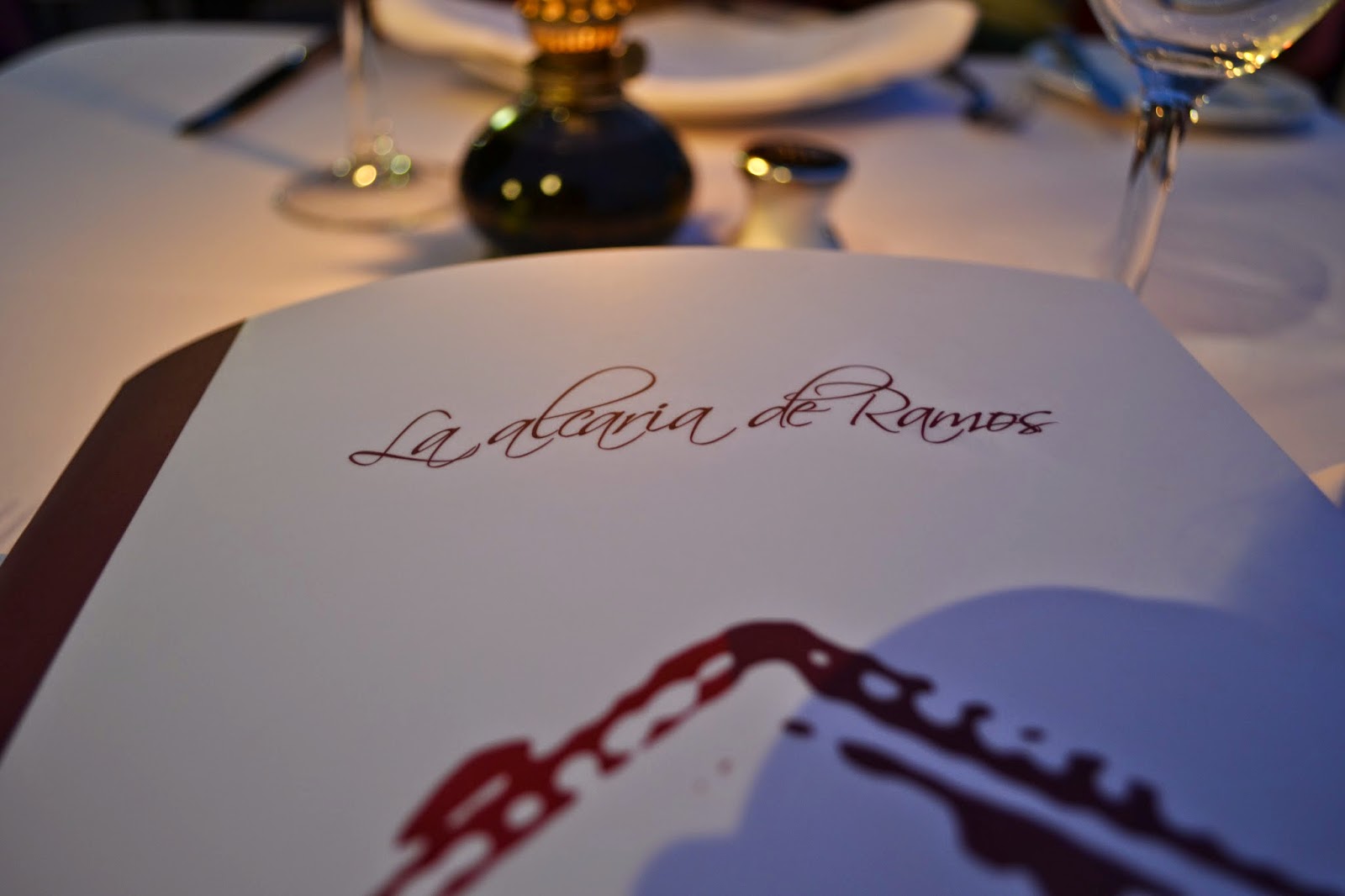 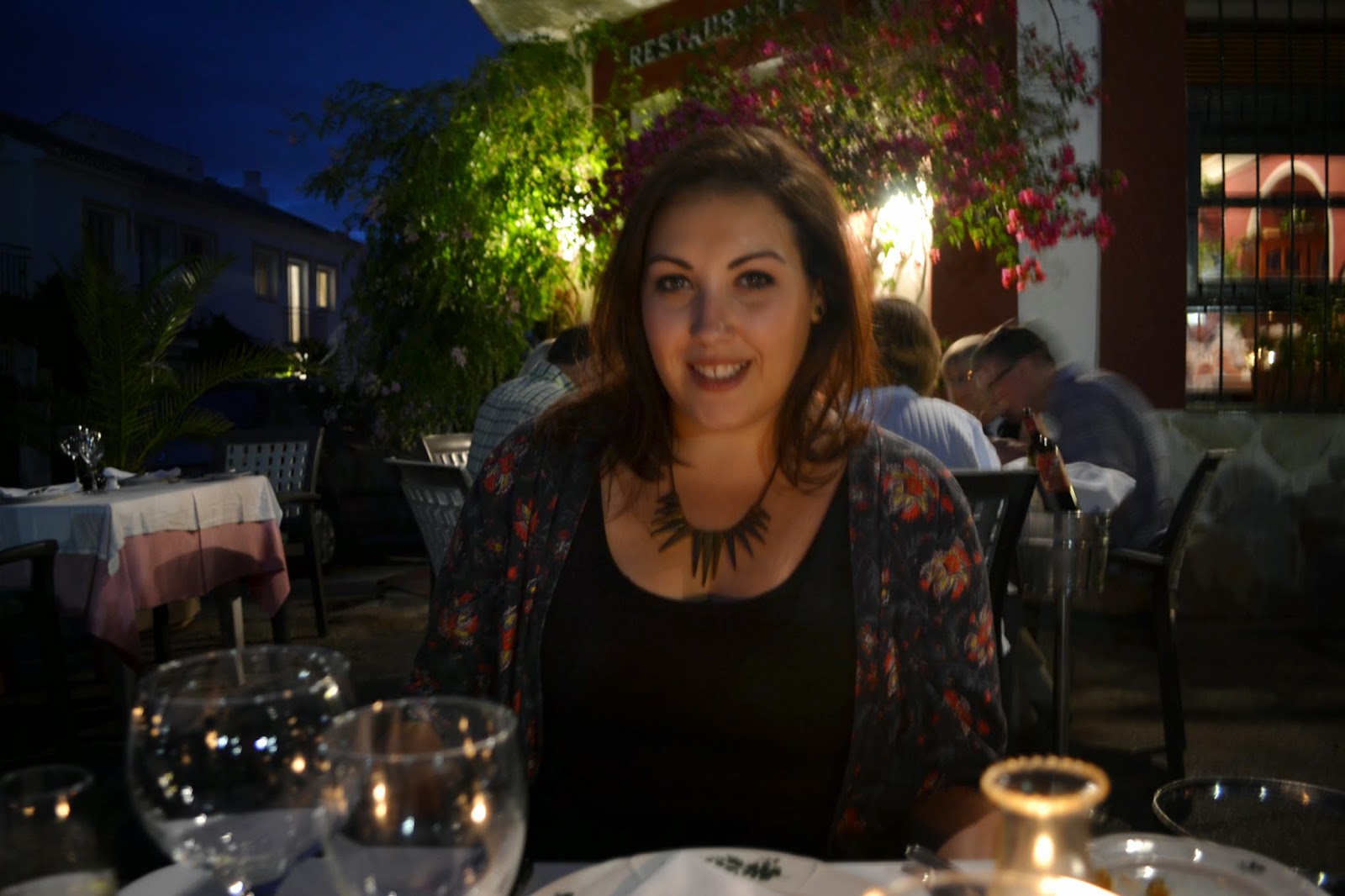 We have been going to the family villa for about 15 years, ever since my granddad first moved in to his house. Now I’m not sure that La Alcaría de Ramos has been there the whole time, but I know it’s been open at least seven/eight years. But, even though the restaurant is just 5 minutes up the road I didn’t know it was there and had obviously never eaten there before.

We discovered it while we were staying at Casa Katanga for our wedding. A lot of our friends and family were staying the hotel next door and rather than eat at the hotel, they decided to go to La Alcaría de Ramos, as it is the only restaurant close by, otherwise you have to walk down the road to more bars and restaurants.

Every guest who went there said the food was amazing and that it was reasonably priced. The only downside being that they were often fully booked, so last year Hubs and I missed out. But we didn’t forget and were very eager to go there.

The night my sisters were arriving Hubs and I decided to go for a little romantic dinner, while my parents relaxed in the villa. We didn’t ring and book in advance, because we thought that as it was late September and the hotel was practically empty as it was end of the season that it wouldn’t be busy.

We were wrong, but luckily there were three tables left, and the last two were gone shortly after we sat down. We immediately noticed a lot of the patrons were Spanish, which always a good sign, especially in areas of the Costa Del Sol that are loved by tourists.

When we sat down we were immediately given a complimentary glass of wine and bread rolls (a lot of the restaurants in Marbella will bring over bread but then charge you for it – often only a euro, but that’s not the point).

Once we had ordered, they also brought us over a complimentary shot glass of their Gazpacho (a cold and refreshing tomato soup) and a cracker with melted cheese on it. For starter Hubs got the Iberico Ham and Melon, it was wise of him to start light. The melon was fresh and tasted wonderful, like all fruit and veg in Spain, it just tasted so much better than in the UK. The Jamon Iberico was great too, obviously as it is a Spanish cured me, Hubs was in the best place to try it.

I, on the other hand ordered their Homemade Pâté, which was lovely and tasted justly like my grandmas stuffing. It was plated up with a lovely cranberry coulis, which complimented the meaty flavour perfectly. The only thing that would have made it better would have been a few pieces of bread or toast, rather than the basket of assorted bread sticks.

For main Hubs and I both went for the Fillet Steak – I went medium-rare, while he went medium. I love steak, and for me the steak that always sticks out in my mind was one I had in Mexico over ten years ago. I never expect a steak to even come close, but this one was divine. It was cooked perfectly, practically melting in my mouth and it was swell seasoned – nothing too complicated so you could really taste the flavour of the meat. Also the potato served with it was delicious, slightly roasted on the outside, but fluffy and smooth as mash on the inside.

Now quite full we decided to take the plunge and get dessert. Hubs looks sweet, but does not really have a sweet tooth, also he has a weakness for cheese (or maybe that’s me!), so he ordered the cheese board, which actually defeated him. They were very generous with the portion, he had blue cheese, goats cheese, Brie and manchego. I on the other hand went for the sorbet – they had a great selection of cakes, pies and ice creams, but they all felt too heavy. The sorbet came in Lemon, Raspberry and Mango, all were very refreshing and the lemon was particularly tarte which I love.

When we asked for the bill they then gave us a complimentary lemon cake and a chocolate cup with a mint mousse as well as drink on the house.

I was definitely not disappointed with our experience here, it really has lived up to our expectation and the hype created not only by our wedding guests, but also Tripadvisor. If you are ever in Estepona, Marbella or the surrounding areas I would say that a trip to La Alcaría de Ramos is a must.

Where is the best place you have eaten abroad?